You Don't Mess with the Seuss 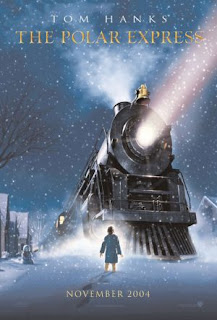 Any time a movie is adapted from another source, be it a book, play, comic, TV show or even a video game, it’s inevitably compared to the original. And whether the comparison is positive or negative, it’s actually unfair. Different media meet different needs and shouldn’t be judged against one another. It’s not even like comparing junk food to a gourmet meal... it’s like comparing a gourmet meal to a wool sweater.

When the inspiration for a movie is a book, the comparisons are almost always unfavorable. Film and television are more passive art forms than literature, comics and even theater, which demand some level of interaction from the consumer. Common wisdom states that no matter how amazing the screenplay, acting, effects et al, a movie can’t compete with the subjective experience of reading a book and visualizing it for yourself (not to mention the depth that the length of most novels allows). The most one can hope for when translating one form of media into another is to remain true to the SPIRIT of the original.

When Hollywood tries to adapt beloved children’s literature, the challenge is even greater. Our feelings about the first books we grew up reading, stories that left indelible impressions on us in our most formative years are often stronger and far more passionate than our feelings about the oeuvre of Stephen King. “The Polar Express

” is the latest in a long line of films tackling that most difficult of adaptations.

The Walt Disney kingdom was largely built by pillaging the fairy and folk tales firmly lodged in the public domain. “Snow White and the Seven Dwarves

” and many more stories were turned into animated films that have become, to many, the standard versions, far surpassing the prose originals in the public’s mind, despite being (in many cases) safely watered down for mass consumption.

For example, in the Brothers Grimm’s original “Snow White

,” the tale ends with the evil queen being forced to don a pair of red-hot iron slippers and dance in them until she drops dead. In “Cinderella

,” the evil stepsisters slice off chunks of their feet to fit into the slipper (again with the shoes... did the Bros. have a fetish?) and their eyes are plucked out by pigeons at the end.

Too much for the kiddies, you say? Maybe. But as we mentioned last week, some of the greatest children’s lit contain some difficult material, frightening, complicated stuff that may be challenging, but leaves an impact. We remember being terrified as a child by the Ghost of Christmas Yet to Come, but Dickens’ “A Christmas Carol

” is completely ineffective if the reader (or viewer) isn’t forced through the same gamut of emotions as Ebenezer Scrooge, and that includes fear.

,” a mouse wonders aloud whether the appearance of the ghost of Jacob Marley is too frightening for the kids to handle! Jim Henson was no doubt rolling in his then-fresh grave.

But not nearly as much as the most beloved children’s author of all time, who by now has probably rotated up through the ground and into the stratosphere. No children’s author ever had more integrity and respect for his audience than Theodore Geisel, aka Dr. Seuss

. Through his long, illustrious career, the good Dr. steadfastly refused many offers to merchandise his characters. The few times he did allow them to be adapted, he kept a gloved hand in, and those records and cartoons stand out as classics in their own right. Animator Chuck Jones’ 1966 version of “How the Grinch Stole Christmas

” is as rightfully beloved as the book. 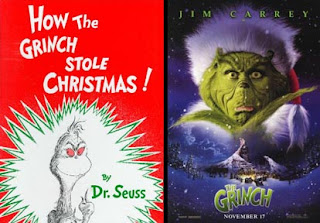 But when Geisel died in 1991, his widow promptly let the exploitation begin. Licenses were granted both left and both right and crap filled the toy shelves by the fifty-fifth night! Okay, we’ll knock off the attempt at Seussian rhyming... just like both big budget live action Seuss adaptations did.

” (2000) is mistitled, because this overblown, crass, loud travesty bears no resemblance to anything created by Geisel. Jim Carrey plays the Grinch as broadly as Robin Williams in drag while the overloaded set design is enough to give the most ADD afflicted tot a migraine. The movie is filled with fart jokes, awkward pop culture references, a forced backstory for the Grinch and absolutely no rhyming dialogue aside from Anthony Hopkins’ narration (the sole high point of the film). This mass-merchandized “Grinch” completely misses the whole point, that “maybe Christmas doesn’t come from a store... maybe Christmas, perhaps, means a little bit more.” While the movie was a box office success, it was universally panned by critics and is reviled by most Suessites.

” stuck with the same formula. Mike Meyers, struggling and failing to find an original voice for the hyperactive feline, seems so painfully lost in this schizophrenic set piece that you almost feel sorry for him. Again, the playfully anarchic soul of the original books

is replaced with a mean spirited snarkiness that feels like a parody of Dr. Seuss rather than a tribute.

Still, it is possible to craft a movie that holds up to the inspiration. Not all of Disney’s adaptations were too sugary to swallow (“Jungle Book

” and their short “Legend of Sleepy Hollow” cartoons spring to mind). “The Wizard of Oz

with a stark honesty happily typical of 70s cinema.

,” based on Roald Dahl’s dark novel

about a nice guy actually finishing first. The film stars Gene Wilder as the mysterious, seemingly deranged chocolatier Wonka, who, with the aid of his indentured Oompa Loompas and apparently a lot of psychotropic supplements, weeds out the bad eggs to find a suitable heir to his empire. The movie is alternately sweet and scary, sad and funny, and has left an indelible impression on generations, to the point that Tim Burton’s upcoming remake

feels not only superfluous, but doomed.

We are, however, keeping our fingers crossed for next year’s live action / CGI combo “Where the Wild Things Are

.” Not only is author Maurice Sendak heavily involved in the project, but the director is Spike Jonze, someone who is adept at straddling the thin purple, hairy, fanged line between reality and imagination. If there’s anyone we can trust to maintain (dare we imagine even enhance?) the more frightening aspects of the book

Where Madeline, Harry Potter, Winnie the Pooh, Shrek, Stuart Little and many, many more fit into this discussion is as subjective and arguable as where God fits in the voting booth (how’s that for a leap). But, like we said, this is a passionate topic, one that may just replace November 2nd at the dinner table for those who love “The Polar Express” once they check out the many digitized faces of Tom Hanks in the theater.

The only sure bet is that as long as there’s a market for merchandizing and mutating children’s literature, Hollywood’s gonna keep scouring the lower shelves at your local big chain bookstore. Which makes us wonder: Will “Everyone Poops