As the line between independent and corporate gets more blurred, the question remains.... who really cares? 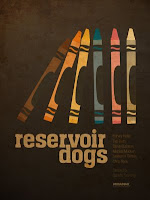 The generally accepted definition of “Independent Film” is any movie that is produced and financed outside of the major studio system. By that definition, Indie Film actually began at the birth of the medium, since the studio system didn’t come into existence until Paramount and Universal were started around 1915. Over the years, genres such as the niche African American films of the 1940s, the pre-hardcore “Grindhouse” flicks of the fifties, the low-budget horror of Roger Corman

and the singular vision of the oeuvre of John Waters

came to symbolize movies that were definitely not a part of the Hollywood system.

By the mid 1990s, however, Indie Film had become highbrow, a respectable, often haughty alternative to the mainstream product of the studios. Small studios like Orion Pictures, Miramax, Merchant Ivory and Artisan specialized in more challenging and rewarding fare like “sex, lies and videotape

But when the Walt Disney Company bought Miramax in 1993, things began to get a bit murky. Many in the cinematic community wring their hands and worry about whether the indie film community is being corrupted by the ever broadening reach of the major studios. If an independent studio is owned by a major corporation, can it truly be considered “independent?”

Technically, No. But the thing is... outside of that insular little world of filmmakers.... nobody cares.

Ask anyone coming out of a movie theater what they thought of the film they just saw and they will give you a subjective opinion based on the experience they just had. Only the most pretentious of film geeks will judge a movie by hidden factors not evident onscreen (such as the actor’s salary or the origin of the financing of the project). 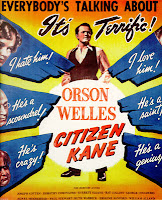 Mainstream Hollywood is full of tales of bottom-line-fixated executives forcing creative compromises in films, resulting in movies that don’t fulfill the vision of the writer and director, murky product that tries to appeal to everyone, which, as we all know, is impossible. “Touch of Evil

” and “Gangs of New York

” are just a few famous examples of movies that were forced into tinkerville by the powers that be. It’s harder to find stories of a lack of studio interference, but it does occur. “Citizen Kane

” was the most famous

(and arguably the best), but it usually takes a director of Spielbergian status to be immune from meddling.

The appeal of indie film is that lack of interference. The fact that even subsidiary boutiques like Fox Searchlight and Universal’s Focus Features are for the most part able to do what they want is amazing considering the ever-widening corporatization of our culture. But that’s still not good enough for some cineasts. They demand a motion picture completely unsullied by the grimy touch of the majors.

There is a direct correlation to what happened in the 1990s in the music industry. In the wake of the phenomenon of Nirvana’s “Nevermind

,” not only were major labels signing every grunge / punk band they could, they were starting to realize that having their own small subsidiary labels would provide inherent breeding ground for future breakout acts. Sometimes the majors started their own boutiques, like Sony’s Work imprint, Geffen’s DGC and Universal’s Almo Sounds. But more often, they’d try to set up something (usually just manufacturing and distribution, but sometimes more) with an existing smaller label. 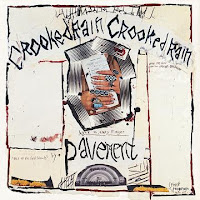 When Matador Records, an indie rock label notoriously vocal in its anti-major label stance, signed a deal with Atlantic Records in 1993, it signaled the beginning of the end of the so-called purity of indie labels. Matador went so far as to make sure there were no signs of major label affiliation on its first post-deal offspring, Pavement’s “Crooked Rain, Crooked Rain

.” Matador later got in bed with Capitol Records, but is now wholly independent again. Still, during those major-connected years, Matador worked hard to spin control the connection, never really realizing that barely anyone gave a hoot. I sincerely doubt there was one Pavement fan who balked at a new album because it had better distribution.

Oh, some punk rockers (a group that’s ironically over-concerned about image) actually did care about what label “their” bands were on, but only if they made the indie to major jump. When Jawbox

et al moved from small labels like Sub Pop, Dischord and Touch & Go to the majors, there were grumblings. But, aside from showing a remarkable lack of faith in their beloved artists, what most of those mohawked youngsters failed to remember is that the first punk records were major label records. The Sex Pistols

were never on an indie label. The Ramones

, bands considered some of the most rebellious musicians ever to step into a recording studio, all recorded for major labels. Oh, sure, the relationship was often contentious, but that sometimes worked to the bands’ advantage. Without problems with the powers that be, the Sex Pistols wouldn’t have recorded “EMI” and the Clash wouldn’t have written “Complete Control

,” two of the best songs off each of those bands’ first albums.

Working with a corporate parent is often like planning a wedding. Many young couples have staunchly declared, “Our wedding is going to be different! We’re not doing it the traditional way, we’re going to exchange vows at the skate park and we’re wearing our own clothes and our friends are going to be the photographers and DJs and instead of a thousand dollar cake, we’re gonna have Krispy Kremes!” And then the parents (who usually foot the bill) get involved, and suddenly there’s the blushing bride clad in a lovely, yet generic gown, walking down the church aisle before the reception at the country club (chicken or beef?) where the tuxedoed band plays “Celebration.” You need a steadfast conviction to your vision and principles to be able to stand up (again and again and again) to the people holding the moneybags.

But what if Mom and Dad said, “You kids go ahead and plan the wedding YOU want and we’ll pay for it all. We just want you to be happy.” According to the indie mentality that prevails in film and music, that would not be acceptable. The wedding would be a sellout, not truly reflective of the happy couple. Sounds ridiculous, right?

Our point is, the issue shouldn’t be whether a film is made free of the involvement of a major studio, but rather free of their interference. While against the odds, it is possible for great art to come out of the corporate system. And conversely, pure independence is not synonymous with quality. Take “Clerks

,” for instance. While Kevin Smith’s 1994 filmmaking debut is as indie a movie as you can get, it’s really a horrible film: Clunky, bland, filled with unrealistic dialogue masquerading as clever banter and acting only slightly less wooden than a puppet show. If “Clerks” had been a studio film, it would never have gained its wholly undeserved cult classic status among film nerds.

Besides, these days, increasingly affordable and user-friendly digital technology has given independent filmmaking a whole new, completely literal meaning. It’s now possible for one person on a working joe’s budget to make and distribute a film entirely on their own, making the average low-budget Miramax film look like a Michael Bay spend-a-thon in comparison.

Film is such a collaborative medium that it’s amazing any good movies get made at all. The alchemy that occurs when the major elements of a movie (the director, the cast, the production team) can all read the bottom line of the eye chart (and understand that it actually means something) makes the medium of motion pictures even more magical. Whether that magic takes the shape of “The Lord of the Rings,” “Memento