The Dying Art of the Main Title Sequence

It’s a slow time of year for movies. Hollywood is preoccupied with giving itself awards right now, and it’s going to be another few months until the big buzz films start their seep to ubiquity. But if you do find yourself plunked down in a multiplex this week, the odds are about 50/50 that whatever movie you’re going to see will be missing one element: Main Titles.

The main title sequence, that happy marriage of words, music and image is becoming a thing of the past, and, without being overly dramatic, it’s going to forever change the moviegoing experience... and not for the better. 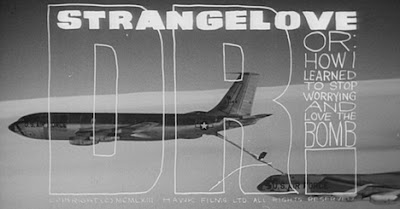 In early cinema, titles were mostly perfunctory hand painted cards. It wasn’t until the late 1950s and 60s that they evolved into small set pieces of their own, thanks mostly to the pioneering work of graphic designer Saul Bass. In films like “Vertigo

,” “The Man with the Golden Arm

,” Bass utilized a stark, expressionistic design sense combined with groundbreaking typefaces to create opening sequences that were as exciting as the films to follow. Other trailblazers included Pablo Ferro, who created legendary titles for Stanley Kubrick’s “Dr. Strangelove

” and Maurice Binder, whose seminal work on the James Bond series set the template for how action films should get under way.

Even as recently as the late 90’s, main titles were still going strong. Working with director David Fincher, Kyle Cooper brought an edgy rock esthetic to the art, creating revolutionary titles for “Se7en

” features some of the most amazing credits in the history of cinema. Picture Mill and CGI firm Computer Cafe created architectural letters that seem to float in front of the buildings of Manhattan, matching the lighting and shadows of the background. Startlingly beautiful, the titles are a modern day high tech version of Saul Bass’ classic opening sequence to Alfred Hitchcock’s “North by Northwest

,” where flat letters followed the contours of the windows on a NYC skyscraper (although it’s kind of a drag that they chose the rather dull Copperplate font). 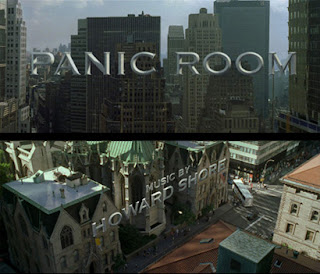 But as the general public’s attention span shortens, main title sequences are becoming scarcer. Many films, especially action flicks, now start with simply the title of the movie. While the rationalization is that the story can get under way quicker, is that a good thing? Seeing a film without main titles isn’t like missing the title page in a book, it’s like skipping the whole first chapter. More than even the trailer for a film (which is often misleading), the opening credits sequence can set the tone for what’s to come. It allows the audience to settle in and recover from the barrage of advertising they’ve just endured, to prepare for the cinematic experience that’s getting under way. A really good main title sequence is like a fabulous appetizer before a great meal.

And main titles don’t even have to be splashy to be effective. Witness “The Shining

” (1980), where the opening credits simply roll vertically as we watch, from high overhead, the Torrances drive their beaten VW Bug through the mountains towards the remote Overlook Hotel accompanied by the film’s terrifying theme, “Dies Iraie.” The tension builds for three minutes, to the point that when the seemingly innocuous card stating “The Interview” appears, we’re already freaked out.

But splashy is fun, too. While I’m hesitant to mention “Superman: the Movie

” AGAIN in this column, the 1978 film’s opening credits caused a sensation in their own right. Cleverly contrasting an old fashioned black and white introduction, the long sequence, featuring block letters dramatically swooshing across the screen and through outer space over John Williams’ majestic theme was often mentioned in reviews of the movie and has been imitated in comic books flicks ever since.

But if films are going to eliminate opening titles, they should do so altogether, rather than tacking them on at the END of the movie, as is the common practice. The pace of main titles is an anticipatory escalation, building blocks of information, laying a foundation for the story. By putting individual cards for each major star, writer, producer, director, editor, et al at the end of the film, the balance is even further thrown off. Call me crazy, but didn’t it seem as if the black and white main title sequence of “Kill Bill Vol. 2

” was designed to come at the beginning of that film, rather than after an already long cast listing at the end of Quentin Tarantino’s 2004 epic? Of course, retaining single credit titles is all about assuaging the egos (and contracts) of the principles involved in the project. But If the presumption is audiences don’t care to know who the music supervisor is at the beginning of the movie, why do they care at the end?

That rare breed of movie geek who sticks around through the end credits (whether it’s because there might be more movie tacked on, ala “Dawn of the Dead

” or because they genuinely wanna know who the matchmove supervisor is) has to be a patient soul to begin with. Ever since the precedent was set of crediting every single person who came within ten miles of the production of a film, this can be a major time commitment. Now, with the complete credit roll following the main titles at the end, viewers have to endure the same credit repeated numerous times within the same sequence. It’s beyond monotonous listing five different titles for the same auteur who wrote, directed, adapted and produced the movie... why can’t multi-taskers like Guillermo del Toro take a page from Ed Wood’s book and slap all those credits on one card? It goes instantly from being tiresome to impressive.

Sadly, the future of the main title sequence seems to be as bleak as that of 2D feature animation, the indie record store or Verne Troyer’s dignity. How far can it go? Well, while it currently seems unthinkable to imagine a James Bond film without a post-prologue credits segment featuring a hot tune, incredible visual effects and silhouettes of naked ladies, it’s conceivable that the day could come where all we get is the iconic shot of 007 shooting down the barrel of his enemy’s gun at the outset of the movie. Movies have become so formulaic that it’d be a tragedy if one of the last bastions of true creativity in film became a quaint anachronism. Saul Bass is rapidly propelling at right angles in his grave.

POSTSCRIPT, September 2010:
The trend away from main titles continues, sadly. At least the Daniel Craig Bond films continue the grand tradition. Also, it's funny to note how dazzled I was by the PANIC ROOM titles considering technology has advanced in the past five years to the point where the same visual effect is used multiple times in every episode of the TV show FRINGE

Check out this story of Dexter Titles.
http://www.artofthetitle.com/

Interestingly, because technology has become so accessible and cheap, MOVIE titles have given way to more imaginative TELEVISION titles, which seem to be experiencing a revolution of their own. Think Human Target, Dexter, &etc