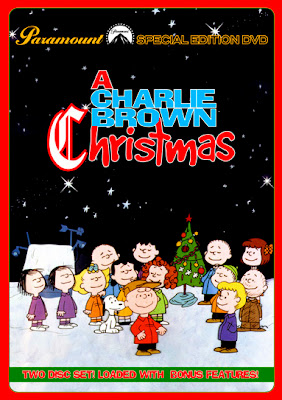 is typically lacking, with the 1992 sequel being the only “bonus” feature. But sadly, this two disc version only exists in my geeky little brain.

The fact is, most production studios show marked shortsightedness when it comes to their animated properties. With few exceptions, studios treat animated features as nothing but disposable kid stuff, ignoring the ever-growing market of us nostalgic grown-ups who still care about the movies and TV shows that we loved as a child.

Paramount and Warner Bros. are particularly guilty of this. Warner even goes so far as to misrepresent some of their cartoons to sell videos to kids, using balloony airbrushed kid-friendly cover art that doesn’t match the animation inside. The sad fact is, they know that kids are not discriminating consumers, so the studios don’t have to put any effort into these releases. They just slap an hour’s worth of content on a DVD, that’s enough to sate the kiddies’ short-attention spans and give Mom and Dad some time for a quickie in the laundry room.

Warner is starting to get the message, as the LOONEY TUNES GOLDEN COLLECTION

(which was a looooong time coming) was a nice start and they’ve recently begun releasing season box sets of television cartoons like BATMAN: THE ANIMATED SERIES

. But it remains to be seen whether they’ll make animated series and features a priority. Sales will tell, of course.

Much as I hate to admit it, The Walt Disney Reich...er, Company is the only animation studio that does a consistently nice job with their video releases, packing them with special features. Of course, they also toss in about a thousand cross-promotional ads disguised as content and then they do that stupid “limited release” thing and, OH, don’t get me started on how much I hate Disney. That’s a whole other column (which I wrote in 1995 and may post here someday).

Anyway. A CHARLIE BROWN CHRISTMAS will be forty years old in 2005. Maybe if Paramount gets on the stick, they can have this puppy together in time for that anniversary. A Christmas Eve baby can dream, anyway.

POSTSCRIPT, February 2008:
Last year, Warner Home Video (which has gotten much better with their video releases) bought the rights to the Peanuts specials and ACBC is currently out-of-print, with a reissue certainly in the works. Here's hoping they get it right.

" merely adds a rather tepid "making of" feature, leaving tons and tons of untapped potential.