This Here Music Cause a Sensation

While I wouldn’t exactly call myself one of those middle aged guys who laments the state of today’s rock music and annoyingly declares punk rock “dead,” I have to say that music today isn’t nearly as good as it used to be and punk rock is dead.

That’s not to say there aren’t current bands I love... Ted Leo / Pharmacist’s new record makes me jump up and down like a nine year old given a bag of gum and fireworks. I actually think the state of what we call “indie rock” is pretty flippin’ good right now. 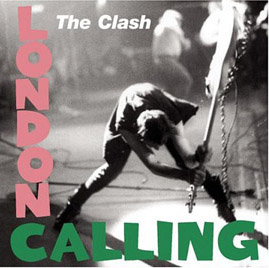 But PUNK... well, that’s another story. New so-called punk bands like Good Charlotte or AFI or even older bands like Blink 182 or the Offspring never felt like real punk to me. Maybe it was just that it was too many generations after the Dolls

. The template is now set, and the fashion element is too important, and most importantly, absolutely nobody is shocked any more. Punk has become just another marketing label, and an acceptable one at that. The days of bands seeming like they were going to change the world ended sometime around 1979.

That was the year that the Clash released LONDON CALLING

, which remains, to these subjective ears, the single greatest rock album ever recorded: Two slabs of vinyl featuring 19 songs pulling influences from rockabilly, reggae, blues, funk, jazz and pop with not one single clunker in the bunch. It was politically relevant, socially charged and so vital that I got a shock every time I put it on the turntable.

In the 25 years since its release (oof), its urgency has barely lessened. Regardless of the frat boys who only know the line “I live by the river!” from the title track or radio listeners who misstate the chorus of “Train in Vain” as “You CAN stand by me” instead of “you DIDN’T stand by me,” LONDON CALLING still feels new and exciting and rebellious and powerful.

And so, Sony Legacy has released LONDON CALLING: THE 25th ANNIVERSARY LEGACY EDITION

, combining the original album (as remastered for the 1999 re-release) with a bonus DVD and a CD of the so-called “Vanilla Tapes,” previously unheard rehearsal sessions featuring five songs that didn’t make the record. 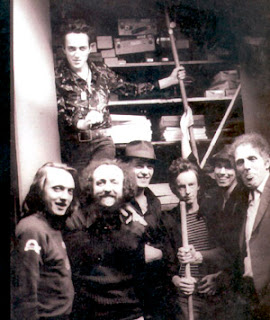 For the Clash fanatic (uh, me), The Vanilla Tapes are an archaeological find akin to unearthing Da Vinci’s sketchbooks or Sylvia Plath’s practice suicide notes. To hear the genesis of an album that I know inside out is a privilege. But I can’t imagine that even the biggest Clash fan is going to pull The Vanilla Tapes out on a regular basis. Of the 21 songs, only about a half a dozen hold up as more than historical artifacts (even aside from the poor sound quality). After listening to The Vanilla Tapes about six times, I already have a number of tracks that get the skip button... A long, repetitive instrumental demo of “Hateful” only serves to hammer home the monotony of rock and roll song structure. Anyone who’s only a casual fan of the band probably isn’t even going to make it through the whole disc once. Even the “new” songs aren’t fully fleshed out enough to be really considered full songs (although many will be intrigued by the band’s cover of Bob Dylan’s “The Man in Me”). “Heart and Mind” seems like it may have been nixed by the band because it sounds too much like an outtake from the band’s second LP, GIVE ‘EM ENOUGH ROPE

(the closest they ever came to a misstep).

The DVD features a new half hour documentary by Don Letts, THE LAST TESTAMENT: THE MAKING OF LONDON CALLING which is partly a cheat in that it recycles interviews with the band from Letts’ WESTWAY TO THE WORLD

film from 2001. The new material features the band’s old pal Kosmo Vinyl (humorously dubbed their “consiglieri”) and engineer Bill Price. What makes this NOT a rip off is the absolutely mesmerizing footage of the band in the studio, recording the album with producer Guy Stevens.

In many studio situations, the producer serves as the leveling force among sometimes volatile band relationships. Not so on the LONDON CALLING sessions. Stevens was a madman; he would throw chairs and ladders around the studio, jump up and down, scream and yell ALL WHILE THE BAND WAS RECORDING! Watching this bearded, crazed Brit trying to destroy plastic chairs while Paul Simonon plays his bass in his natty new shirt and hat is a bizarre juxtaposition that only enhances the mosaic nature of the record. It makes sense.

Sadly, Stevens’ wholehearted immersion in the rock and roll lifestyle (not limited to his passion for speed and booze) would contribute to his death in 1980, and inspire the Clash to write a song about him, “Midnight to Stevens.”

The DVD also features videos for three songs from LONDON CALLING, and more of that amazing studio footage. The set as a whole features two booklets, one brand new with previously unpublished photos by Pennie Smith, two essays and reprints from the Armagideon Times zine the band made for the tour, the other a reprint of the lyric sheet from the record.

The Ramones documentary, END OF THE CENTURY

features some interview footage with Joe Strummer, who was as great a verbal storyteller as he was a musical one. That movie ironically (and unintentionally) serves to affirm that The Ramones, while undeniably great and influential, were destined to never be more than they were from their first album. Accidental geniuses, they never gelled in a way that allowed them to move beyond their powerful, but confining three chord punk rock box.

The Clash were one of those rare rock and roll alchemies that transmuted riffs and anger into poetry and power. LONDON CALLING is the document of the band at its peak, before the inevitable power struggles and changing interests would pull Joe Strummer, Mick Jones, Paul Simonon and Topper Headon apart. They still had two great albums in them (yes, both SANDINISTA!

are GREAT), but it seems almost fitting that punk peaked before the awful decade that was the 80s came to be. For we aging punk fans who saw the band when they were together, who bought their albums when they were new, who knew that “the only band that matters” wasn’t a hollow claim... I can’t imagine LONDON CALLING will ever sound old... even if we do.

Email ThisBlogThis!Share to TwitterShare to FacebookShare to Pinterest
Labels: 2004, Music, The Clash