Why are so many covens so comely?

Once upon a time, if you asked someone what a witch looks like, they’d probably describe a bent, haggard old woman with huge, hairy moles, crooked yellow teeth, squinty black eyes, elongated nose and chin and a green complexion. Adjectives such as craggy or hideous would be applied.

But today, the response would probably be “Witches are hot; like Nicole Kidman.”

In the new film, “Bewitched

,” the lovely Nicole plays Isabel Bigalow, an actual witch who is cast alongside Will Ferrell in a remake of the 60’s TV show. It’s not the first time Kidman’s cast cinematic spells. In 1998’s “Practical Magic

,” Nicole played one of two spell-casting sisters alongside the likewise attractive Sandra Bullock. So how did the image of the witch change from hag to hottie?

Maybe the first cinematic depiction of an alluring sorceress was in 1942’s “I Married a Witch.” Veronica Lake plays Jennifer, a reanimated victim of the Salem witch trials who finds herself in love with a cursed descendant of the man who burned her at the stake (boy, talk about resentment issues!). The eternally vampy Lake set the template for the glamorous, gorgeous witch in this semi-screwball comedy (no doubt optioned by Tom Arnold for a remake). 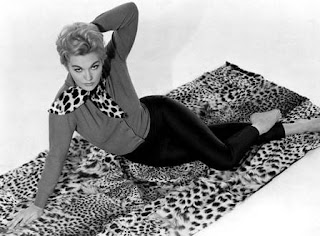 The sexiness was amped up a notch by Kim Novak as Gil Holroyd in 1958’s “Bell, Book and Candle

.” In the movie, urban sorceress Novak uses her mystical powers to steal the charming neighbor (played by Jimmy Stewart) away from his undeserving fiancee. Novak slinks through the film in sexy black gowns and robes, making the audience think that her magic is almost superfluous (she doesn’t need it to make Stewart obsessed with her again that same year in Alfred Hitchcock’s “Vertigo

It’s safe to assume those two movies served as the inspiration for the TV program, “Bewitched

.” Premiering in 1964, the show tweaked the convention of the suburban domestic comedy by adding a twist: The housewife was a witch. As this was 60s sitcom TV, Elizabeth Montgomery had to keep her sexuality in check as the cute, but somewhat demure Samantha Stevens. However, Montgomery got a chance to bring some dark salaciousness to the show in the dual role of Sam’s seductive, devil-may-care cousin Serena (hey, where is SHE in the new movie?).

In 1971, another cute enchantress hit the small screen in the animated version of Archie Comics’ “Sabrina the Teen-Age Witch.” The titular star was a freckle faced white haired teen who lived with her more traditional broom-riding aunts Hilda and Zelda. In 1996, Melissa Joan Hart starred in a live TV version

which then spawned another cartoon

about Sabrina’s adolescent years. Being strictly G-Rated, these versions all excluded the comic book character of Della, the sexy head witch who was perpetually bothered by Sabrina’s insistence on being a “good witch.”

” (1996). Robin Tunney, Fairuza Balk, Neve Campbell and Rachel True play four outcast high school girls who learn witchcraft and go about wreaking revenge on the popular kids who made their lives a living hell. But one of the first things the girls do with their powers is make themselves more attractive and more desirable to the guys who previously spurned them. Which makes sense; Admit it, if you had the power to do so, wouldn’t you cast a spell to correct all your imperfections? Or at least make the object of your unrequited crush suddenly notice you?

The quick thinking Bugs Bunny realized this potential in the 1954 cartoon, “Bewitched Bunny

” when as he used the hideously ugly Witch Hazel’s potions on her, turning her into a comely female rabbit. Of course, it was just a fling for Bugs, whose climactic aside to the audience, “But aren’t they all witches inside?” belies the misogynistic attitude that’s kept him a bachelor for 67 years.

Maybe the witches of “Hocus Pocus

” (1993) were too busy plotting to drink the life essences of the children of Salem, Massachussetts to be bothered with altering their appearances. All three of the Sanderson Sister sorceresses in the film sport some classic witchy features, from Bette Midler’s razorlike teeth to Kathy Najimy’s horned hairdo to Sarah Jessica Parker’s bumpy outsized nose (for which she fortuitously required no prosthetics). And the masks worn by “The Witches

” to hide their ugly true selves in the 1990 adaptation of the Roald Dahl tale were disguises, not enhancements. These witches embraced their hideousness. 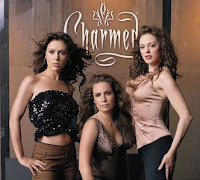 “The Witches of Eastwick

” were far more narcissistic. In the 1987 movie, Michelle Pfeiffer, Susan Sarandon and Cher play three bored, passion-starved women who use witchcraft to summon a male plaything. But when Daryl Van Horne (Jack Nicholson), the man that fullfills their every hedonistic desire turns out to be Satan, they realize that maybe Canasta would’ve been a safer pastime. There’s no film that shows witches using their powers for sensual gain more than this adaptation of the John Updike novel.

In the ‘90s, TV threw some more comely conjurers at us in the forms of “Buffy the Vampire Slayer

”’s Willow (Alyson Hannigan) and the women of “Charmed

.” Played by Alyssa Milano, Holly Marie Combs and Rose McGowan (who replaced Shannen Doherty after three seasons... we shall make no imitation of life jokes), the Halliwell sisters use their powers to fight the forces of evil, as does Willow. What, TV can’t give us any BAD witches anymore?

And really, don’t we have enough impossibly beautiful women in the movies and on TV? How about a return to a little old school? We’d love it if in the next Harry Potter

film, one of his new schoolmates were an ugly little girl with green hair and a nose like a carrot. But we’re not holding our breath. If the classic Krofft Saturday morning show, “H.R. Pufnstuf