We're all clones. All are one and one are all. 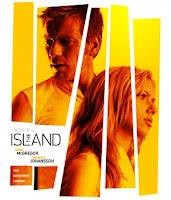 Long a staple of science fiction, actual cloning technology has only been around since the late 1970s (although there are reports that someone cloned a carp in the early 60s...no, really). But the generally accepted first successful clone was Dolly the sheep, brought into the world in 1996. And while we await the inevitable revelation of an actual person brought forth from a petrie dish, in film, human cloning has been going on for a long time.

” (and maybe something else, but we’ll get to that later) is another cautionary tale about the dangers of replicating DNA. Because in the movies, cloning NEVER leads to a happy ending.

The 1971 drama, “The Resurrection of Zachary Wheeler

” may have been the first movie to deal with the now very real ethical issues of cloning for medical purposes. After being in a near-fatal car crash, a senator bound for the White House is taken to a New Mexico facility where he’s given a new set of internal organs, harvested from clones (or “somas”). A reporter (played by Leslie Nielsen in his pre-comedy days) tracks the story and uncovers an international conspiracy. While the subject matter was groundbreaking, it was also the first movie (along with Frank Zappa’s “200 Motels

”) to be shot on color videotape rather than film.

Everyone has their notions about what historical figures shoulda’ been hypothetically cloned: Lincoln. Einstein. Lennon. But when it comes to bad cloning prospects, one name tops the list. But in “The Boys From Brazil

” (1978), there’s not one, not a dozen, but 94 cloned Adolf Hitlers. In the film, nazi scientists have placed the adolescent Hitlers in safe houses around the world, waiting for him to take his place as the leader of the fourth reich. Gregory Peck is an astounding ham as Dr. Joseph Mengele, Laurence Olivier is powerful as nazi hunter Ezra Lieberman, and Jeremy Black is chilling as the young Hitler clones. Maybe he was too believable, as he never acted again. But let’s face it, that’s some bad typecasting.

While humans are usually the cloning subjects in movies, one of the most successful takes on the topic went a little larger. In Steven Spielberg’s “Jurassic Park

” (1993), based on a novel by Michael Chrichton, cloned dinosaurs are the main attraction at a huge island theme park. The film was prescient in more than just its groundbreaking digital special effects; It also was a post-modern ironic look at how merchandising and marketing have become the driving force in contemporary Hollywood. Sadly, though, the filmmakers paid no heed to their own advice and milked the successful flick for two lackluster sequels.

But clone films aren’t always spectacular. In the 1996 comedy, “Multiplicity

,” Michael Keaton plays an overworked contractor, harried father and tired husband who accepts an offer to create clones of himself to... well, help him get chores done. It’s a rather mundane take on an incredible concept, and Keaton’s sometimes overbearing personality magnified fourfold makes for a film that’s more exhausting than entertaining.

When Ellen Ripley, clutching the baby alien bursting out of her, dove into smelting ore at the end of “Alien3

,” that seemed to signal the end of the franchise. But in “Alien: Resurrection

” (1997), Sigourney Weaver returned to her signature role as a clone of Ripley. The scientists who made a new copy of Ripley also cloned her double-mandibled fetus. But when she discovers that her DNA has been combined with that of the alien (in a room full of botched earlier clone attempts), it forces her to re-examine life as a superpowered artificial being. Or maybe she just was so upset about having to share the franchise with Winona Ryder.

It’s a given that movie cloning never goes right. Sometimes the results can be deadly, but sometimes they’re just a bit silly. Take the case of Mini-Me. As so memorably played by Verne Troyer, the tiny clone of Dr. Evil (Mike Myers) was introduced in the second Austin Powers film, “The Spy Who Shagged Me

” in 1999. But has anyone ever thought about the bizarre complexes inherent in the jealous struggle for paternal affection between Mini-Me and Dr. Evil’s son, Scott Evil (Seth Green), when Mini-Me isn’t an offspring, but a recreation of the father? Nah, probably not.

But at least Mini-Me’s relatively harmless. The same can’t be said of little Adam Duncan in 2004’s “Godsend

.” When a couple’s 8-year old son is killed, they agree to take part in an illegal cloning operation and soon have their boy back. Only when he reaches the age that the original son died, Adam begins to display some bizarre tendencies, including but not limited to the homicidal variety. This thriller was so ill-received that many thought perhaps it wasn’t the real Robert DeNiro starring in it!

” saga. Aside from the titular army in “Episode II: Attack of the Clones,” the whole series feels like an artificial reproduction of things that have come before. With pixels substituting for DNA, George Lucas’ prequel trilogy replicates characters and story in a similarly cold, scientific manner. Or are we being too metaphorical? 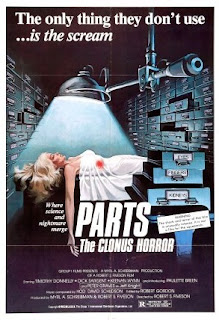 Cloning complications arise in other movies as well, such as the mistakenly cloned Arnold Schwarzenegger in “The 6th Day

,” the speedo-sporting “Clones of Bruce Lee

” (2003) and we can’t forget the cloned scientist of “The Clones” (1973). Have we reached the point in this piece yet where the word “clone” is starting to achieve that weird state of meaninglessness that too much repetition brings? Imagine how the clones feel!

But if you wanna get a real dose of that creepy familiar feeling, check out the cult 1979 B-movie, “Parts: The Clonus Horror

.” In the film (memorably mocked on “Mystery Science Theater 3000”), clones of the rich and elite are kept in a secret holding, ignorant of the outside world, but told of an idyllic place called “America” where a lucky few are chosen to be sent. In actuality, upon reaching adulthood, the clones are frozen so they can be harvested for organs or parts as their human counterparts might need. When one of the clones discovers the truth, he and a beautiful female companion escape their confinement. Sound familiar?

So, is “The Island” a remake of “The Clonus Horror?” Or did it it just harvest parts from it? Nobody seems to be sure. Heck, Hollywood has been recycling itself so much that maybe even Michael Bay, like the part android / part clone Replicants in “Blade Runner