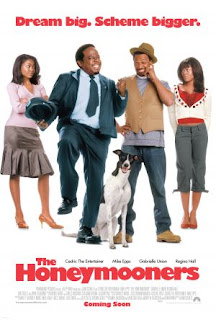 Every summer movie season has its share of remakes, sequels and adaptations, but this year the do-overs have gotten a bit out of hand. More than half of the big budget flicks hitting the multiplexes over the next few months originated elsewhere. So you’d think that trying to do something different with an established source material would be greeted as a welcome breath of fresh air, right?

Not necessarily. Fans (remember, the word’s root is “fanatic”) can be a protective lot, obsessive to the point of closed-mindedness. Literate filmgoers rarely like the movie version of their favorite novel, comic book fanboys dissect every detail of a film adaptation and TV purists cry foul every time Hollywood updates an old show to the big screen. Sometimes these arguments are entirely valid (as when Hollywood gave “The Scarlet Letter

” a happy ending), but sometimes they’re petty, misguided or perhaps even racist.

A small bit of controversy surrounds the new big screen adaptation of the beloved 1950s sitcom, “The Honeymooners

,” due to one alteration.

was about the schemes and antics of high-strung, overweight bus driver Ralph Kramden and his best friend Ed Norton, a goofy sewer worker, who lived in Brooklyn with their long-suffering but loving wives. The new film is about... well, the exact same thing. So why are some fans of the original show crying foul? Because the original Ralph and Ed (memorably played by Jackie Gleason and Art Carney) were white. In the remake, they’re played by Cedric the Entertainer and Mike Epps, who, in case you haven’t noticed, are black. 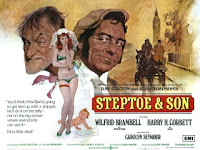 There is precedent on both the big and small screens. Redd Foxx’s classic ‘70s sitcom, “Sanford and Son

” was based on a British series, “Steptoe and Son

” about a white garbage man and his offspring. In 1982, ABC premiered “The New Odd Couple,” recasting Felix and Oscar

as black. Will Smith stepped into the boots of Jim West in the awkward 1999 film version of the cult ‘60s sci-fi / western

.” And just this year, Ving Rhames picked up the lollipop as “Kojak,” reinventing the NY cop embodied by Telly Savalas in the ‘70s

, while rapper Mos Def stepped into the role of Ford Prefect in “The Hitchhiker’s Guide to the Galaxy

When director Sidney Lumet made a film version of the Broadway play, “The Wiz

,” few people cried foul. The 1978 musical starred Diana Ross, Michael Jackson, Lena Horne, Richard Pryor and others in an alternate version of “The Wizard of Oz

.” Was “The Wiz” accepted because it was based on a Broadway play? It’s hard to think of a movie more beloved than the 1939 original starring Judy Garland, and yet the main casting complaint was that Diana Ross was far too old to play Dorothy, not far too black. 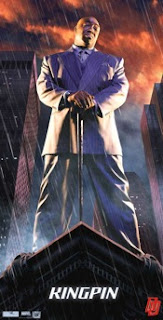 Nobody’s more possessive of established characters than comic book fans. At various points in the “Batman

” movie series of the 80s - 90s, certain casting (both actual and rumored) had the fanboys’ underoos in a bunch. In “Batman

” (1989), Billy Dee Williams plays district attorney Harvey Dent. Destined to become the scarred villain, Two-Face, Dent is white (and purple or green, depending on the colorist) in the comics. While not due to fanboy whining, the caucasian Tommy Lee Jones took over the role in 1995’s “Batman Forever

.” At one time, Marlon Wayans was signed to play Robin in “Batman Returns

,” but the character was written out of that movie. When Batman’s young sidekick made his debut in “Batman Forever,” it was white Chris O’Donnell in the costume.

African-American characters in comics are still a marked minority, so when Hollywood does an adaptation, it’s usually inclined to add a little ethnic diversity. Hence the casting of Michael Clarke Duncan as the originally white character of Wilson “the Kingpin” Fisk in 2003’s “Daredevil

.” Again, the fanboys fumed while nobody else cared. The Kingpin doesn’t HAVE to be white, his character is merely defined as a mountainous crime lord. And while that movie had many, MANY problems, a black Kingpin wasn’t one of them (the casting of too-waspy Jennifer Garner as the Greek Elektra

From “Amos and Andy

in the film series of the ‘30s and ‘40s, Charlton Heston’s Mexican cop in “Touch of Evil

, just to name a few. It’s even become a theatrical tradition for a white actor to play the black Othello in Shakespeare’s play (in much the same way women usually portray Peter Pan onstage).

So why are Honeymooners fans all bent out of shape? That’s what we’re trying to figure out. The grousing fans of the original series claim their displeasure is not due to racism, but rather a strong loyalty to the “integrity” of the series. But the new movie is an ADAPTATION, not a literal translation (and, as Gus Van Sant proved with his shot-for-shot “Psycho

” remake, what’s the point of that?). There’s nothing in the story of “The Honeymooners” that makes it race-specific. Ralph and Ed aren’t historical figures, the defining factor is their class, not their race. If the new movie posited the characters as a doctor and a lawyer cruising the singles scene at the Hamptons, then maybe there’d be reason for complaint.

Maybe it’s the pervasive nature of television, the imagined intimacy between fictional characters in our living rooms and the oft-immobile viewers sitting on the couch. We connect with TV characters whom we see week after week, year after year. We think they’re more real than film characters with whom we’ve spent two hours. We get possessive.

But there’s absolutely no reason that Ralph and Ed and their wives can’t be black (or Asian or Native American or Hispanic or whatever). “The Dukes of Hazzard