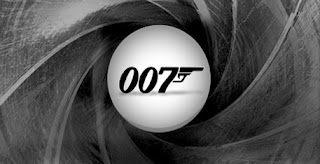 So, it's official: James Bond will return in 2006 in "Casino Royale

," the first 007 film to be adapted from an Ian Fleming novel since "The Living Daylights

starring Peter Sellers, Woody Allen, Orson Welles and a raft of other old-school stars, the new movie will be kind of a "James Bond Begins" prequel to the whole series. And that's only fitting, seeing as how "Casino Royale

But will the not-very-daring ploy of starting from the beginning be enough to reinvigorate a franchise that's now more than 40 years old? For decades, fans and non-fans have been debating the relevance of the British superspy, arguing over whether Bond should be put out to pasture alongside other anachronistic film franchises like Rambo, the "Lethal Weapon" warhorse and Ernest Going Somewhere.

Call us retro purists, but we can't imagine a world without Bond. Pierce Brosnan is out, and the producers have given the current Q the pink slip, so it would appear they're serious about retooling — but how far are they willing to go? We've got some ideas, free of charge, to freshen the franchise.


001: Give Us A Bond We Can Believe In
Casting in movies is always key; in Bond movies, it's the key. No recurring film role has ever been more coveted, and no casting decision has ever been more continually debated. On top of all that, pity anyone (past, present or future) who has to live up the indelible image of the original and still the best 007: Sean Connery. It's foolish to imagine that an unknown would ever be cast in the part again, but the actor needs to be someone who's not already a household name.

Clive Owen is quickly becoming too famous (and too creepy). Hugh Jackman's too closely identified with Wolverine; we'd be waiting anxiously for Bond to wield his retractable adamantine claws. But Julian McMahon (of TV's "Nip/Tuck

" and the upcoming "Fantastic Four


002 Words: Period Piece
Retro films such as "Sky Captain and the World of Tomorrow

" suggest that audiences are open to period pieces that aren't based on a Jane Austen novel or a Shakespeare play, but instead re-imagine a time much closer to our own. Despite some good modern Bond films, the character really works best in the era of the Cold War, when the East and the West were keeping constant vigil on each other, engaging in pissing contests over technological and ideological superiority. The iconic James Bond is the '60s playboy, with his Walther PPK, his Aston Martin and his sexist, boozing ways. He's not something out of a Tom Clancy novel. By placing the series in a retro context, some of its more politically incorrect aspects take on a more palatable self-parodying tone. And if Batman can begin again, why not Bond?


003: Memorable Villains!
What's more, setting the series in the past could mean a return to the kind of world-dominating bad guys we love to hate, classic foes à la Ernst Stavro Blofeld, Emilio Largo and Dr. No. Face it, evil media moguls (1997's "Tomorrow Never Dies

") simply aren't villains worthy of MI-6's attention. And while Jaws (Richard Kiel in 1977's "The Spy Who Loved Me

") was fun, he was too much of a cartoon compared to the much scarier, dentally normative Rosa Klebb (Lotte Lenya) or Red Grant (Robert Shaw) from 1963's "From Russia With Love

." While today's global situation can't exactly be called stable, terrorism and the creeping threat of corporate globalization aren't exactly, um, sexy. The Cold War: now that was some slinky stuff. Bring back SPECTRE!


004: Style Counts
And we're not just talking sartorial here. The Bond series needs to feel like more than just another action film with quick cuts and impressive effects. While a truly noir Bond may be too much to hope for, imagine a 007 flick directed by Quentin Tarantino, John Woo, Robert Rodriguez or even the Wachowski brothers. Go over the top. Don't be afraid to take a page from the "Austin Powers" book. Give us a little hyper-stylization. But please, no wire-work stunts, or all-CGI villains.


005: Keep The Gadgets Simple
Bond films have always striven to present an arsenal of goodies that stretch the limits of contemporary technology. But when 2002's "Die Another Day

" gave 007 an invisible car, it was a bit too much. What's next? Bullet-deflecting bracelets and a lasso of truth? These days, junior high students walk around with gadgets that would've made Q's head explode. Setting the series in the '60s would give the filmmakers the opportunity to come up with some cool retro-futuristic toys that could hold their own with cufflink cameras and ball-point lasers.


006: Ditch The Stunt Casting
Madonna's uncredited cameo in "Die Another Day" as the fencing Verity was, like so much of her film work, a plot-stopping distraction. And while we love John Cleese, every time he appeared as Q it was difficult to see his performance as anything but a bizarre Monty Python crossover. (He will not, as it turns out, be reprising the role in "Casino Royale.") The Bond series has to avoid taking cues from the 1960s' "Batman" TV show, where stars made cameos merely because it was hip or fun. Bond's world teeters precariously between fantasy and reality, and the sudden appearance of, say, Bill Clinton (who was falsely rumored to cameo in "Die Another Day") can knock the audience right off that precipice.


007: Make The Music Go 'Bang!'
There are few musical mutations more disturbing and pointless than a modern remix version of John Barry's original James Bond Theme. That twangy, reverb guitar sounds as timeless and cool today as it did in "Dr. No

." (Ditto Barry's secondary theme, "007.") Leave it alone, fer chrissake! And as far as the main title themes go, there hasn't been a truly memorable and great one since Paul McCartney & Wings' "Live and Let Die

" in 1973. The composer must be smart enough to put the music in context while giving us something that swings. How about giving Outkast or Sloan a shot?

The old adage "If it ain't broke, don't fix it" certainly applies to Bond, just as it applies to any other closely watched, fanatic-inspiring classic. But MGM needs to have the guts to take some chances with filmdom's longest running franchise. The series needs to be shaken ... not simply stirred.