The screen legacy of Truman Capote

,” Philip Seymour Hoffman plays the celebrated writer / socialite at the most pivotal point of his career, the five years spent writing his most groundbreaking work, “In Cold Blood

.” The book, about the 1959 murder of the Clutter family in rural Kansas, was a critical and commercial sensation, and its passionate, lyrical style forever changed non-fiction writing from its somewhat sterile facts-and-figures style of years prior.

Alcoholism and self-absorption would prevent Capote from producing a body of work whose breadth matched its depth, but he remains one of the most important literary figures of the 20th century. A handful of his writings

have been adapted to the big (and small) screen, but only two of them had a major impact on that artform. Those movies centered on characters that, like the sometimes awkward author himself, didn’t quite fit in with “normal” society.

” told the tale of Holly Golightly, a New York prostitute who befriends the gay writer upstairs and brings him into her fabulous life of parties and fashion, all masking a deep loneliness. Ultimately, Holly leaves New York for an uncertain new life in Brazil and abandons her unnamed cat to the street, hoping someone will take it in and give it a fulfilling life.

”) turned the book into a movie, bearing only some resemblance to its source. Terrified of most of its subtext, Hollywood made “Breakfast at Tiffany’s

” a romantic comedy, morphing the gay writer into straight Paul Varjak (George Peppard), who, in the end, rescues Holly from her tormented life so they all live happily ever after (with the cat). 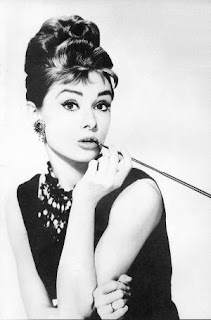 It would seem that the movie would be as reviled as, say, the 1995 version of “The Scarlet Letter

,” which rewrote Hawthorne’s tale to give it a happy ending. In addition to the watered down content, “Tiffany’s” contains one of cinema’s most offensive racist caricatures in the buck-toothed Japanese neighbor Mr. Yunioshi (Mickey Rooney), a live WWII-era cartoon that will forever chafe Asians of all descent. So how come the revisionist, Hollywood-ized “Breakfast at Tiffany’s” is one of the most beloved films of all time?

The answer lies in two elegant words: Audrey Hepburn. While Capote envisioned the more tragic Marilyn Monroe (with whom he was friends) in the part, Hepburn’s turn as the beautiful, sad Golightly has become one of the most iconic performances in film history. Filmgoers had never seen this precise mixture of grace, pulchritude and vulnerability. Even if the screenplay didn’t, Hepburn captured the book’s Holly, a brittle beauty whose faux-sophistication just barely masks the scarred country girl beneath. The image of the slight Audrey

with her cigarette holder, oversized sunglasses and most of all, the little black dress (which has never gone out of style since) has transcended film to become a cultural totem of 60s America.

was so ahead of its time that to update it was pointless from inception. In this case, Truman Capote’s original story was the groundbreaker, and Hollywood was not ready to treat it with integrity. Who knows, maybe Gus Van Sant can give it another go. 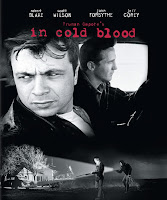 In 1967, another Capote adaptation hit the screens, a movie that, in every way, was “Tiffany’s’” polar opposite. Written and directed by Richard Brooks, “In Cold Blood

” remains an intensely disturbing vision of an awful American story. Kansas is the metaphorical middle ground, the blank canvas smack in the middle of the country where the yin of Smith and Hickcock’s moral vacuum meets the yang of the salt of the earth Clutter family.

Brooks chose to be as faithful to the book and the events as possible. He shot the movie in the Clutters’ actual house; seven of the jurors in the case played themselves, and Brooks even used Nancy Clutter’s horse. Framed photos of the family in the movie are real. And the original movie poster pictured the eyes of the actual murderers (not the actors).

“In Cold Blood” the movie paints an indelible portrait of the killers. Robert Blake plays Perry Smith as a tortured loser with delusional dreams of fame and fortune while Scott Wilson’s Dick Hickock is pure, amoral avarice in a leather jacket. Their language is startling for a movie in the 60s and it was likewise rare to have such a sympathetic portrait of the perpetrator of a vicious crime. The film’s strong message against capital punishment surely raised some eyebrows.

Early in the film, Dick opines, “There’s two kinda laws... one for the rich and one for the poor.” Ironically, that imbalance of justice might’ve come to serve Robert Blake later in life, but we won’t offer any opinions.

The movie was nominated for four Oscars including Best Director and Best Cinematography for Conrad Hall’s stark black and white work. It stands as a haunting piece that is recommended viewing for anyone who plans to see “Capote.” The two films work well together

, and that’s a compliment to both.

Only a few other Capote works have been adapted to the big screen: 1995’s “The Grass Harp

” and 2002’s little-seen “Children on Their Birthdays

, the semi-autobiographical “Other Voices, Other Rooms

” went straight to video. Capote did write for the movies, composing dialogue for the Italian film, “Stazione Termini

,” as well as contributing to the 1961 haunted house film, “The Innocents

.” Capote’s work was more often made for the small screen, including a “Camera Three” adaptation of “Songs” from “The Grass Harp,” a remake of “In Cold Blood” in 1996 and a 1997 version of “A Christmas Memory.”

But Truman Capote will always be most remembered for “Breakfast at Tiffany’s” and “In Cold Blood,” two disparate works that display the flip sides of a man of intense contradictions: The celebrated, fabulous Holly Golightly who achieved acclaim and conquered the New York Social Scene while never fully exorcising the Perry Smith in him, the angry small town boy with the troubled past, the outsider who felt the world just didn’t understand him.
______________________________________________________
ORIGINALLY POSTED in REWIND on MTV.COM, September 2005
Posted by Pops Gustav at 6:28 PM