Kirby Dick’s new documentary, “This Film is Not Yet Rated

” takes a blistering look at the Motion Picture Association of America’s ratings system, and the secret society that decides whether a shot of naked boobies earns a film a PG-13 or an R (one key: use of the word “boobies” usually points to PG-13).

The current ratings system was instituted in 1968, due in large part to the scandalous placement of a certain four-letter word starting with “F” in two movies released the previous year. The original ratings were G (acceptable to all ages), M (mature audiences, parental guidance suggested but not mandatory), R (persons under 16 must be accompanied by an adult) and the unofficial X (no one under 16 admitted). Over the years, the ratings have evolved, but remain controversial. Questions of context, effectiveness and bias continue to dog the MPAA, and don’t seem likely to go away. To fuel the fire, we now present 10 historical (or is that hysterical?) moments in film ratings history.

1969: X Wins the Oscar
Some may find it shocking that in 1969, an X-Rated film won the Academy Award for Best Picture. But “Midnight Cowboy

1971: Stickin’ It to the Man
When the seminal blaxploitation flick, “Sweet Sweetback’s Baadasssss Song

” was given an X rating by the MPAA in 1971, director Melvin Peebles felt it was a racist reaction to urban elements that were not shocking to its intended audience. His reaction? The film (dedicated to “Brothers and sisters who have had enough of the Man”) was marketed with the tagline, “Rated X by an all-white jury,” further adding to the film’s hip cachet.

.” While there was no sex in the film, the bloody violence was so intense that an R rating wouldn’t suffice. But an X had by now become the exclusive domain of seedy theaters populated by skeevy guys in trench coats. So a compromise was struck: “Dawn” would be released without an official rating, although a posted notice would announce that due to strong graphic violence, no one under the age of 17 would be admitted.

1980: The Final Frontier of the Non-Kiddie G
In the early years of the ratings system, films such as “Planet of the Apes

” and “The Odd Couple

“ were rated G, as they fit into the rather broad guideline of being acceptable to “general” audiences. But as the ‘70s came to a close, G became the anti-X, bringing to mind animated anthropomorphic animals. 1980’s “Star Trek: The Motion Picture

” was the last major blockbuster to be released with a G rating. After that, the studios came to feel that any movie that wasn’t geared directly at the tots should bear at least a PG.

1984: Indiana Jones and the PG-13
The fine line between PG (which replaced M in 1970 as GP) and R had been blurring as profanity and depictions of sex, violence and drug use became more commonplace in mainstream films. The final straw came in 1984, when “Indiana Jones and the Temple of Doom

” contained some gruesome scenes of bloody ritual sacrifice, including a shot of a man’s beating heart being pulled out of his chest. Reacting to the controversy, Steven Spielberg recommended a new rating, PG-13, still allowing kids to see a movie without adult accompaniment, but with a strong caution that it might be too intense for younger viewers. 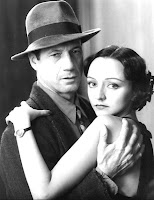 1990: NC-17 Does Not Equal X
As the 80s closed, in an effort to distance “adult” films from pornography, the MPAA created the new rating of NC-17, meaning no children 17 or under would be allowed. The first major release to bear the new rating was 1990’s “Henry & June

1998: War is Hell, But It’s Not for Adults Only.
The most oft-cited criticism of the ratings board is its tendency to deem human sexuality more offensive than extreme violence. Few would argue that the opening sequence of the Battle of Normandy in Steven Spielberg’s “Saving Private Ryan

” is one of the most visceral, violent sequences in film history. And yet the movie was given an R rating, ostensibly because the events were historical (as far as we know, zombies have yet to attack a shopping mall near Pittsburgh).

1999: South Park Takes on the MPAA
Trey Parker and Matt Stone have tackled a lot of icons, from short Scientologists to Saddam Hussein. In their feature film, “South Park: Bigger Longer & Uncut

,” they take specific aim at the hypocrisy and ineffectiveness of movie ratings. When the South Park boys become “corrupted” by the graphic language in an R-rated Canadian film, it leads to a war between America and the Great White North. Parker and Stone were adamant that the film be as foul as possible, earning an atypical cartoon R and getting into the Guinness Book of World Records with the most uses of profanity in an animated film (399, if you’re counting).

,” the studio blamed the film’s fate on the negative aura of an ostensible X rating. In short order, NC-17 was deemed as poisonous as the dreaded X. And so, taking a cue from the zombies, Darren Aronofsky’s graphic addiction parable, “Requiem for a Dream

2001: Don’t Believe the Hype!
When the hit comedy “American Pie” was released in a new, “unrated” version

on DVD in 2001, legions of horny fans snapped up the disc, hoping for more shots of Shannon Elizabeth, uh, studying… or maybe a flashback sequence with Alyson Hannigan and that flute. But calling a different version of a film on home video “unrated” has nothing to do with content. It merely refers to the fact that this new edit was not submitted to the MPAA for a new rating, which may well have been exactly the same as the theatrical release. The added material could be as innocuous as a shot of Eugene Levy shaving his earlobe. Actually, to some that may rate an NC-17.