Relationships are tough. People are complicated puzzle pieces that rarely fit perfectly. Differing interests, beliefs and attitudes can make an entwined life difficult. But imagine the complications if your significant other spent every day in a spandex costume, battling the forces of evil.

In “My Super Ex-Girlfriend

” the new romantic comedy - meets - superhero flick, when Matt (Luke Wilson) dumps his needy girlfriend Jenny (Uma Thurman), he discovers her dual identity as the super-powered G-Girl. Hell hath no fury like a superwoman scorned, and G-Girl uses her vast abilities to make Matt’s life a living hell. Sadly, it’s typical. In matters of the heart, most costumed heroes are powerless.

Consider the love life of the Dark Knight. In every Batman movie

from the 60s through today, Bruce Wayne has shown that while he may be brilliant at foiling villainy, when it comes to picking girlfriends, he’s an idiot.

If you were embarking on a crimefighting career for which you’ve spent most of your life training and preparing, why on Earth would you complicate things by getting involved with Vicky Vale (Kim Basinger) a snoopy photojournalist who eventually finds her way into the Batcave? That’s just what Bruce Wayne (Michael Keaton) does in 1989’s “Batman

.” The relationship didn’t last, nor did the one with the overreaching psychoanalyst Chase Meridian (Nicole Kidman) in “Batman Forever

” (1995). In fact, Batman’s SO bad at choosing mates that he’s fallen for the alter ego of one of his enemies, the Catwoman, TWO TIMES in both the campy 1966 TV spin-off, “Batman

” (and no, fanboys, it’s not mitigated by the fact that he’s had a love / hate relationship with Catwoman in the comics

Bruce, give it up. You need to stick to the casual arm-candy befitting your assumed billionaire playboy role. Maybe you can date Kate Moss in your next film (and leave Katie Holmes in your past, please). 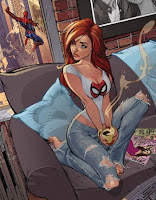 It’s common wisdom that one of the key tenets for a successful relationship is honesty. And yet most superheroes are reluctant to reveal their dual identities to their significant others. Poor Peter Parker (Tobey Maguire) went though hell in “Spider-Man

” (2004), never able to explain to Mary Jane Watson (Kirsten Dunst) why he couldn’t be with her, as well as why he’s so unreliable and bruisy. When she finally discovers his secret at the end of “Spider-Man 2,” not only does she forgive all, but she leaves her fiancée at the altar for a shot at love with the friendly neighborhood wall crawler. Still, at the end of “2,” as Spidey swings off through the concrete canyons of New York, there’s a look of uncertainty on MJ’s face... “This isn’t gonna be easy, is it?” she no doubt wonders. 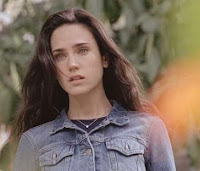 No, MJ, it ain’t. Just ask Betty Ross. It’s understandable why Betty (Jennifer Connelly) would be more than a bit hesitant to get back together with former flame Bruce Banner (Eric Bana) in Ang Lee’s article-deprived “Hulk

” (2003). Boyfriends with anger management issues are never a good idea, but think about the consequences if she and Bruce ever REALLY get into a fight! Things are bound to get smashed. Then again, it would make for some interesting make-up sex... But more on that later.

Still, keeping the secret of your double life makes sense, at least at first. Imagine if you were a superhero and you’d started dating someone. Would YOU tell them your biggest secret right away? Aside from wanting to protect them from the vengeance of your enemies, what if it didn’t work out? Suddenly, your ex has information they can hold over your head for the rest of your life. It’s even worse than confessing a foot fetish or that you cry during DVD viewings of “The Facts of Life.”

But there does come a time when a hero should come clean. One secret kept over time can snowball into more and lead to a mess that might be difficult to explain. One need only see “Superman Returns

” right now to get a glimpse of the muck that the poor Man of Steel (Brandon Routh) is going through with Lois Lane (Kate Bosworth) right now. It’s gonna take five sequels of couples counseling to sort that one out.

Maybe, like movie stars, country musicians and goths, superheroes should stick with their own kind and only date other superheroes. Comic book stories over the years have postulated a Superman / Wonder Woman pairing (although she did have a flirtatious thing with Batman on the Justice League Unlimited

cartoon). Then again, considering the fate of Elektra (Jennifer Garner) and Daredevil

(Ben Affleck) in the latter’s 2003 film as well as what Phoenix (Famke Janssen) did to Cyclops (James Marsden) in this summer’s “X-Men: The Last Stand

,” even abilities far beyond those of mortal men can’t save you from a lover’s super-wrath.

There’s an unwritten subtext to the study of superhero love, one that we’ll just dance around. While most fanboys spend time arguing about who’s faster, Superman

, more twisted minds can do some NC17-rated speculation about what a superhero love life would be like. Take the Fantastic Four

. What happens if The Human Torch “flames on” in the heat of passion? Most women would envy the Invisible Woman, having a super-elastic boyfriend in Mr. Fantastic. What about Alicia, the Thing’s blind girlfriend? What’s her take on her rocky fella? Okay, we’re done.