When it comes to movie titles, what's in a number?

Over the next few weeks, both “The Number 23

” are coming to theaters, giving numerologists reasons to get out of the house and try to figure out how the price of a bag of popcorn and some Goobers adds up to a code that foretells the End of Times. But you may be asking yourself, “300” what? Even seeing the movie’s trailer doesn’t fully explain that the title refers to the number of Spartans who fought against King Xerxes’ massive Persian army in the Battle of Thermopylae in 480 BC.

Devising a good name for a movie can be, believe it or not, one of the trickier aspects of filmmaking. A writer who comes up with a clever but perhaps specious title for a screenplay may find himself at odds with a studio that wants an easily marketable tag. At the same time, the studios like a movie with a title that’s vague enough to not chase anyone away (see Rewind: The Cave). And few titles create more mystery than a simple number.

” may be the quintessential numbered film, the ambiguity of the title matching the dreamy quality of this depiction of the creative process and so-called “director’s block.” While never stated in the movie, the title is a reference to the number of films the famed Italian director had made up to that point: Seven features (including “8 ½”), two shorts and one collaboration. The iconic film has inspired dozens of films and even a few titles, including Peter Greenaway’s “8½ Women 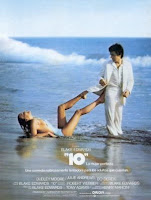 ” made a star out of Bo Derek, cornrows a popular hairstyle and Ravel’s “Bolero

” a big seller at the record stores (remember those?). Dudley Moore plays George, a songwriter whose midlife crisis is exacerbated by a chance encounter with Jenny (Derek), an impossibly beautiful young woman about to be married. George becomes obsessed with this perfect 10 (actually, he thinks she’s an 11) to a point that would be criminal in real life, but it’s hilarious onscreen. Coincidentally, “10” would also represent about how many minutes Bo Derek would be taken seriously as an actress after this film.

The problem with a numbered title is that if the film is a clunker, it makes it even easier to forget. Take the case of “187

” (or “One Eight Seven” as it’s sometimes known). Samuel L. Jackson stars in this 1997 entrant in the “violent inner city school” genre as a teacher who gets nailed (literally) with a homemade weapon by a student in his Brooklyn school. Upon recovery, the teacher relocates to Los Angeles (why not Maine?). Things go from bad to worse and the movie has an ending that’s hardly the kind of uplifting affirmation in which these films usually traffic (Hint: 187 is California penal code for homicide).

Perhaps partially due to its title, “187” is a footnote in Sam Jackson’s career, unlike another box office dud that almost had the partially-numbered title, “Pacific Air Flight 121

.” Instead, nobody’s going to forget the title of that movie Sam did last year in which he battled all those snakes on a plane.

And what about when a number is represented by a symbol? Darren Aronofsky’s “π

” (1998) was a befuddling addition to a movie marquee for anyone who didn’t take geometry and learn about the irrational real number (pronounced “pi”), representing the ratio of a circle’s circumference to its diameter. The film’s as challenging as AP Physics, a psychological thriller about a mathematician who sees numbers in everything and grows increasingly paranoid as he gets closer to unlocking the secrets of the universe. But the movie could’ve been an even tougher sell if Aronofsky had chosen to use a numerical description of π and called the movie “3.14159 26535 89793 23846 26433 83279 50288 41971 69399 37510.”

,” the movie that put Gwyneth Paltrow’s severed head in a box. The number refers to the so-called Deadly Sins (gluttony, greed, sloth, lust, pride, envy and wrath) that serve as inspiration to the murderous John Doe (a perfectly creepy Kevin Spacey). And while the movie’s groundbreaking main titles and visceral production design influenced a legion of nihilistic imitators, so did the confusing spelling of the title. Just how the heck is this movie pronounced, anyway? Is it “Seh-seven-en?” How about “Thir13en Ghosts

” (2001)? Maybe pronunciation problems were partially to blame for the amazing box office failure of the Fox Faith thriller, “Thr3e

.” Or maybe it was just because that movie was very bad. 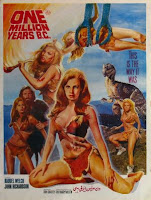 The numerical list of numerical movies goes on, of course. There’s “One, Two, Three

” brings up the issue of numerical films that are dates, including “2001

” refers to the time of a car crash that affects the film’s characters. And Jet Li kicked his own alternate-universe butt in 2001’s “The One