10 Temptations of the female persuasion 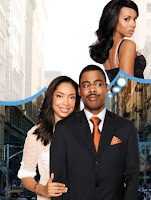 In “I Think I Love My Wife

,” Chris Rock plays a married man who can’t stop fantasizing about other women and finds the ultimate temptation in Kerry Washington. There have been approximately a gazillion movies in which some guy is mooning over some woman he can’t have, and in some instances, infatuation turns to obsession. To wit, our list of the top ten temptation-inducing sirens of the silver screen, some innocuous, some deadly.

” (2005)
Jonathan Rhys-Meyers plays Chris Wilton, a failed tennis pro who finds himself married into a family of means, pressured to start a family, and interminably attracted to his brother-in-law’s saucy girlfriend, Nola (well, it IS Scarlett). Chris’ reckless lust places his comfortable new life in jeopardy, and when Nola becomes pregnant and starts making demands, he sees only one, horrible way out. This pitch-black Woody Allen drama is in many ways a more nihilistic remake of his (better) 1989 film, “Crimes and Misdemeanors

” (1979)
Despite being a successful songwriter with a loving girlfriend, George Webber is unsatisfied. He’s turning 42 and feels old. Then one day he runs into an impossible beauty en route to her wedding and becomes obsessed with finding out more about her. The tanned, cornrowed Bo Derek became an overnight superstar as Jenny, the unattainable fantasy that George (Dudley Moore) tracks to her honeymoon in Mexico. There, against all odds, George gets to fulfill his wish, but, as is so often the case, reality can’t measure up to fantasy.

8) Charlotte (Kelly Le Brock) in “The Woman in Red

” (1984)
Gene Wilder (who also directed) stars as Teddy, a married man whose midlife crisis hits fever pitch when he spots a gorgeous woman dancing over a ventilation grate, her red dress flowing above her waist (see #2 for the inspiration). Teddy decides he MUST have an affair with this woman, and enlists his likewise-philandering buddies to help him bag the babe (to paraphrase Farmer Ted). If there’s a marked lack of guilt evident in Teddy, blame it on the fact that the movie’s a remake of a French film (those cads!).

” (1999)
Another midlife crisis ends in tragedy in Sam Mendes’ take on suburban malaise. Kevin Spacey won an Oscar (one of five the film received) for his role as Lester Burnham, a bored ad exec who begins seeing visions of beauty personified by his teenage daughter’s coquettish friend Angela. Lester’s crush is obvious, and the ostensibly promiscuous Angela feeds the fire by flirting, sending Lester into a second adolescence, working out, smoking pot, ditching his corporate gig for a job at a fast food restaurant and buying a 1970 Pontiac Firebird. Like most of the characters in this movie, Angela’s image is mere façade, forcing an ephiphany upon Lester that comes just a little too late. Or maybe just in time. You have to decide that for yourself. 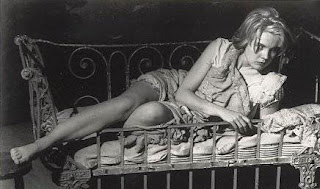 ” Meighan (Carroll Baker) (1956)
In most films about sexual obsession, a married man desires someone else. In Elia Kazan’s film of Tennesse Williams’ story, hapless cotton farmer Archie Lee (Karl Malden) is driven mad by his own wife, the 19 year-old Baby Doll, pledged to remain chaste until her 20th birthday. As the days count down, Baby Doll’s not entirely anxious to consummate the loveless union, and threatens to extend her virginity if Archie doesn’t start making more money. In desperation, Archie burns down the successful rival cotton gin of the dashing Silva Vaccaro (Eli Wallach). When Vaccaro figures out who the arsonist is, he decides to exact revenge by taking the one thing Archie covets most: Baby Doll’s virtue. The highly controversial picture was condemned by the Catholic Legion of Decency and declared by TIME magazine, “the dirtiest American-made motion picture that ever been legally exhibited.”

” (1976)
Here’s a tip: Porno movies make for bad first dates. That’s where Travis Bickle (Robert De Niro) takes campaign worker Betsy in Martin Scorsese’s tale of isolation amdist the masses. Travis sees Betsy as pure and beautiful, qualities so rare in his filthy Manhattan that when she rejects him, he feels the need to do “something big.” Travis initially plans to assassinate the Senator for whom Betsy works, but when that doesn’t pan out, he instead tries to “save” teenage prostitute Iris (Jodie Foster) by killing everyone he perceives is ruining her life. Sadly, the movie will forever be linked to a real life obsession after it inspired John Hinckley to try to kill President Ronald Reagan in 1981 to prove his love to Foster.

” (1941)
Obsession can undo even the most powerful man. Such is the fate of media mogul Charles Foster Kane (Orson Welles) in what’s often called the greatest movie ever made. Kane’s stuck in a dying marriage to the President’s niece when he meets a young aspiring singer who makes him feel alive again. Kane immediately begins pulling strings to turn the talent-challenged ingénue into a star, but refuses to leave his wife for fear of a divorce ruining his political aspirations. Eventually, the scandal is broken, along with Kane’s dreams and while Susan becomes his second wife, he quickly begins to resent what she has cost him. There’s much (MUCH) more to the story, but Kane’s abuse of his power to make Susan a star is a key part of his downfall. If you still haven’t seen it, fer cryin’ out loud, add it to the queue!! 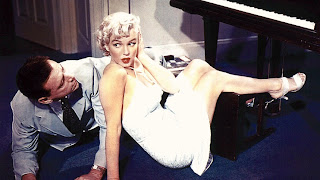 3) The (unnamed) Girl (Marilyn Monroe) in “The Seven Year Itch

” (1955)
In the 1950s, there was no greater object of desire than Marilyn Monroe, and this witty Billy Wilder comedy paints a vivid portrait of what it would be like to have the embodiment of sex living right upstairs. Tommy Ewell plays Richard Sherman, a perfectly nice NYC family man whose wife and son are vacationing in Maine, leaving him a veritable bachelor for the summer. When a bubbly, friendly, va-va-voomy blonde moves into the apartment above him, the normally faithful Richard finds temptation at every turn. Well, how would you react if Marilyn Monroe put her bare feet up in front of your A/C and started talking about how she keeps her panties in the freezer when it gets too hot?

” (1958)
The superb James Stewart plays “Scottie” Ferguson, a former police detective hired by an old friend to tail his wife Madeleine and get to the bottom of her strange behavior. After saving Madeleine from a suicidal dive into the San Francisco Bay, Scottie falls in love with the strange, yet haunting woman, but his chronic vertigo prevents him from stopping her second attempt to off herself by jumping from a church bell tower. Scottie has a breakdown, and is unable to get over Maddie until he meets Judy, a woman who bears an uncanny resemblance to his lost love. Scottie becomes obsessed with restyling Judy into Maddie’s exact likeness, but a familiar piece of jewelry hints that Scottie doesn’t really have to try at all. “Vertigo” was Hitchcock’s most complex film, and perhaps his bleakest as well. It’s also widely considered his best. 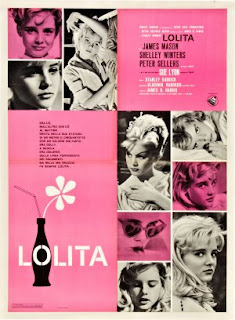 ” Haze (Sue Lyon) (1962)
No obsession ever proved more destructive than that of Humbert Humbert in Stanley Kubrick’s adaptation of Vladimir Nobokov’s “Lolita.” James Mason is brilliant as the erudite professor who marries his landlady, the shrill Charlotte Haze (Shelley Winters) just to be close to her flirty teenage daughter, Lolita. When Charlotte discovers via Humbert’s journal that his feelings for Lo’ are decidedly un-paternal, she runs into the street… and an oncoming car. Humbert’s subsequent attempt to make Lolita his own is hampered by the obstructions of Hollywood ne’er do well Clare Quilty (a terrific Peter Sellers), suspicious acquaintances and Lolita’s own feisty rebelliousness. To say it ends badly for all involved is putting it mildly. While time has rendered the film somewhat less controversial (although the 1999 remake

still had trouble finding a distributor), its depiction of desperation, obsession and self-destruction remains painfully palpable.