You know you’ve got a powerful movie franchise if it can survive the death of its main character. Such would seem to be the case with “Saw IV

,” which opens this weekend despite the demise of the sadistic Jigsaw in the third installment. As Halloween approaches, step into the Iron Maiden with us as we revisit knife-wielding maniacs and unstoppable monsters, counting down the greatest horror film series of all time!

SCREAM
In 1996, realizing that cynical audiences had seen it all, Wes Craven decided to craft a postmodern horror film, the self-referential “Scream

.” As the murderous Ghostface stalks characters who are fully aware of, yet still complicit in the standard behavior of teenage slasher-film-victims, the movie becomes ironically unpredictable. Audiences weren’t sure how to react to this horror-comedy hybrid, but the film was a smash, and the first sequel again slyly turned conventions of the genre upside-down, with “Scream 2

” (1997) satirizing horror sequels via the film-within-the-film, “Stab,” based on the events of “Scream.” But by the release of the convoluted “Scream 3

” (2000), the series had become what it originally so smartly satirized, and so Ghostface was happily retired (at least for now). 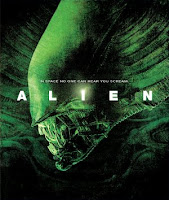 ALIEN
What makes the uneven “Alien” franchise noteworthy is how the respective filmmakers managed to avoid just remaking the same movie over and over. Following Ridley Scott’s superb original outer-space-haunted-house “Alien

” (1992) is a bleak (but not bad) prison film while Jean-Pierre Jeunet’s lamentable “Alien: Resurrection

” (1997) made audiences wish the franchise would’ve stayed dead. But you can’t keep a good facehugger down, and (not counting the “Alien vs. Predator

The original “Omen” trilogy follows the life of Satan-spawned Damien Thorn from demonic tot-hood to his adult ascendancy towards world domination. Richard Donner’s “The Omen

” manages to make the teenage Damien both terrifying and sympathetic. Sadly, 1981’s “The Final Conflict

” brings an unsatisfying conclusion to the series as the adult Damien (Sam Neill) sets out to kill the second coming of Christ while being stalked by dagger-toting Priests. The film has no style and the awkward (but inevitable) climax has a cheezy “Left Behind” feel. Only time will tell if last year’s remake

of the first film will spawn further misadventures of the young antichrist.

” and focus on the films in which the charming, erudite serial killer is portrayed by Anthony Hopkins. Jonathan Demme’s “Silence of the Lambs

” shocked everyone in 1991 not just with its terrifying depiction of malevolence (and chauvinism), but by winning the top five Oscars. Less-regarded was the Ridley Scott-helmed sequel, “Hannibal

” (2001), which made the mistake of turning the cannibalistic killer into the film’s hero. Brett Ratner’s “Red Dragon

” (2002) goes back to a time when Hannibal was still behind bars, simultaneously aiding and manipulating FBI agents. But despite the varying quality of the films, Hopkins’ Lecter remains a consistent joy to behold, a pitch-perfect inhabiting of a role that makes for one of the most mesmerizing characters in film history.

was the home to such horror icons as Dracula, the Wolf Man, the Mummy and the monster created by the good doctor Victor Frankenstein. While each spawned sequels, the “Frankenstein

.” Frankenstein’s monster would be resurrected dozens more times over the years, but it’s this version that’s the most memorable.

PSYCHO
Nobody needs to be convinced that Alfred Hitchcock’s “Psycho

” (1960) is one of the greatest thrillers of all time, with Anthony Perkins’ indelible portrait of deceptively benign madman Norman Bates anchoring scenes of shocking violence (and sexuality) set to Bernard Herrmann’s iconic all-strings score. But 1983’s sequel, “Psycho II

” is a vastly underrated film, with the just-released Norman (again Perkins) struggling to rebuild his life while being psychologically tormented by the vengeful sister of the legendary shower scene victim. Genuine suspense, some biting commentary on changing social mores, more shocks and a surprising twist ending make this a worthy sequel to the classic original. Sadly, 1986' "Psycho III

" was a mere slasher film, and a 1990 TV sequel/prequel, "Psycho IV: The Beginning 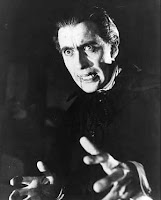 In 1958, the indie studio Hammer Films released “Horror of Dracula

” starred David Peel as “Baron Meinster,” a pretty-boy disciple of the count who was utterly lacking in Lee’s presence. Thankfully, Hammer lured the future Count Dooku / Saruman back into the cape and fangs for six more stylish, sexy vampire flicks starting with “Dracula: Prince of Darkness

” (1966) and culminating in “The Satanic Rites of Dracula 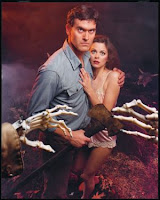 ” came along at just the right time. Mindless, repetitive slasher films were all the rage, and the infusion of wit and style provided by the inaugural adventure of Ash (our hero, Bruce Campbell) battling the Book of the Dead gave the horror genre a much-needed boost. 1987’s “Evil Dead II

” (sequel or remake? You decide!) was even more over-the-top, with Raimi’s imagination given free reign and a bigger budget. 1993’s “Army of Darkness

” took Ash back to 14th Century England in a slightly less fulfilling installment, but we can barely contain the drool over the prospect of a possible “Evil Dead IV,” something that Raimi (now a Hollywood A-lister thanks to “Spider-Man

”) has said is a possibility. 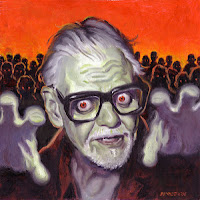 It’s impossible to overstate the impact of George Romero’s classic 1968 black and white zombie flick, “Night of the Living Dead

.” With its brilliant simplicity, groundbreaking casting and utterly believable characters, the movie is a timeless chunk of sheer terror. 1978’s “Dawn of the Dead

” used zombies in a mall to make a then-daring comment on mindless consumerism while remaining scary and exciting. 1985’s “Day of the Dead

” set the flesh-eating on an army base, a not-so-subtle condemnation of Reagan era militarism. Two decades later, Romero returned to his undead roots with 2005’s disappointing “Land of the Dead

,” and the upcoming “Diary of the Dead

,” but even if that film stars Vanessa Hudgens as a perky teenage zombie, it tarnish the legacy of those original films.
Yes, we know, we skipped some biggies. For all you fans of Freddy, Jason, Pinhead, Michael Myers, Chucky and pale, bug-eyed Japanese children, we’re sorry, but endlessly repeated formulae do not great franchises make. We can hear you sharpening your knives (and glove blades) already…