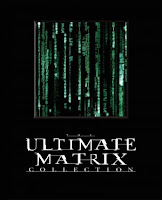 ” trilogy hit the shelves, enticing fans to plunk down the bucks for a movie they very possibly already own.

When the DVD format was introduced in 1997, one of its many advantages over videotape was expanded capacity for content. In those primordial days, that usually amounted to little more than the movie’s theatrical trailer and cast and crew bios (remember when “animated menu” was considered a bonus feature?).

In 1999, “The Matrix” DVD contained original documentaries on the complex sci-fi world created by the Wachowski Brothers, and sales flew like Neo on a breezy day. It became apparent that serious movie fans were drooling for worthy goodies, and soon audio commentaries, deleted scenes and “making of” documentaries became commonplace. The extras-packed DVDs did well enough that many movies that were already out on DVD got reissued with the bells and whistles, sometimes less than a year after their initial release. Fans complained, but still ponied up for the new editions.

Then things started to get sinister. Studios realized that if they stretched out the extra material through numerous expanded editions, there were collectors geeky enough to buy a movie two, three, maybe even more times. Today, lots of movies come out on extras-free DVDs initially, with “special editions” already on the marketing plan for the next quarter.

But of all the various “special features,” which are truly special and which are mere filler?

Audio commentaries are a mixed bag. A truly insightful commentary from a filmmaker willing to be honest can bring an entirely new level of enjoyment to a movie you may know by heart. Director William Friedkin’s non-stop, narcissistic commentary on “The Exorcist

” is so mesmerizing that even oft-told trivia (Ellen Burstyn really hurt her back) sound fresh. Listening to Joel Schumacher try to defend “Batman and Robin

” is more of a hoot than the movie. The cast of “This is Spinal Tap

” does its commentary in character, reacting to the mockumentary as if it were a historical document, in essence creating an audio sequel to the legendary comedy. 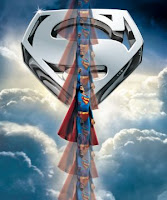 But there are few more aggravating wastes of time than listening to a bad audio commentary. Director Richard Donner and script doctor Tom Mankiewicz spend most of their time during “Superman: the Movie

” trying to remember what was going on. At one point, Donner comments that there are people listening to them who know more about the movie than they do (as one of them, I was disappointed). Mel Brooks’ nigh-senile comments on “Young Frankenstein

” mainly consist of him saying how funny the film is, trying to remember the names of the minor actors and talking about how great Gene Wilder’s hair looks. But the worst commentaries are by producers, invariably corporate shills who never stop trying to spin positive word of mouth, even years after a film’s wrap (check out producer Laura Ziskin’s puffy commentary on “Spider-Man

“Making of” documentaries are likewise hit or miss. Few studios are willing to allow a true snapshot of the filmmaking experience, warts and all, so any stories of behind the camera strife are likely to be glossed over at best, more likely completely ignored. Otherwise, the widely-seen leaked footage of director David O. Russell‘s screaming rants on the set of “I (heart) Huckabees

” would’ve been on that DVD. Usually, “Making of” docs are little more than electronic press kits (sometimes that’s exactly what they are).

There are exceptions of course, but they’re usually for old movies in which the principals are long dead (or at least retired). Universal’s DVDs for their classic monster movies (“Dracula

,” et al) are loaded with terrific background features and fascinating commentaries by film historians and surviving participants. The DVD for Orson Welles’ “Director’s Vision” version of “Touch of Evil

” details the battles between the director and the studio, even reprinting Welles’ 58-page memo to the studio expressing his displeasure at their monkeying with his film.

Which brings up that most-ignored bonus: text features. Cast and crew bios are one thing, but when sections of screenplays or reviews are reprinted on the screen, only the most ardent cineast is going to bother. It’s not that the material is necessarily boring, there’s just something a bit off-putting about reading your TV (the distinction between that and what you’re doing right now is slight, but definitely present). Text material is what DVD booklets (fast becoming a thing of the past) are for.

But back to the documentaries. The more fantastic a motion picture, the more interesting its production would seem. Stories of how they made the star do battle with a giant monster in an alien setting are far more interesting than listening to Al Pacino blather on about his process. Or at least they used to be.

Digital effects have not only brought about an end to the enticing mystery of movie magic (giving the age old question, “How did they DO that?” the consistent answer, “With computers”), they also killed the FX documentary. Compare the piece on how Willis O’Brien and his groundbreaking stop motion animators made the original 1933 “King Kong

”), there’s really not that much that’s interesting (unless, of course, you’re an aspiring filmmaker yourself). In the end, it’s mostly just shots of guys sitting in front of computers. A good rule of thumb: The “making of” doc should not be longer than the actual feature.

Deleted scenes can be nice, especially if they were completed. They bring an added depth to both the film as it stands and what could have been. But storyboards edited together to create a scene that was never shot don’t qualify as “deleted” (and we’d guess only the storyboard artist cares about storyboard-to-film comparisons).

Which brings us to “extended editions,” in which deleted scenes are re-edited into the movie, often under the pretense of being the “director’s cut.” Unless the director truly had a longer story to tell that’s worth the extra time, the longer film is usually just that: merely longer. Mark Steven Johnson’s “Daredevil

” really doesn’t get any better with another 30 minutes tacked on, and most fans tend to agree that “Apocalypse Now Redux

” is inferior to the shorter original.

It’s always nice to see historical context, whether it’s a factual documentary about a movie’s fictionalized subject (as on the DVDs for “Gangs of New York

”) or actual period film such as newsreels or TV footage (“JFK

One of the most fascinating features is the screen test, especially if it includes footage of actors who DIDN’T get the part (check out Martin Sheen auditioning for the part of Michael Corleone on the terrific “Godfather DVD Collection

Still galleries of pre-production or promotional artwork can be nice, but often suffer from the low TV resolution creating a lack of detail. As Blu-Ray becomes more commonplace, this is a feature that will benefit greatly.

Gag/Blooper Reels are usually nothing more than a montage of actors laughing and/or swearing because they forgot their lines, with perhaps two genuinely funny moments in the segment. Collections of movies’ advertising (trailers, TV spots, etc.) tend to get monotonous. Music videos almost always consist of shots of the artist singing interspersed with scenes from the film (yawn). And Easter Eggs (those hidden features that you have to search for, often on-set practical jokes or bizarre test footage) are usually fun, but only if you can find them!

There’s one feature that’s never special: advertising. While everyone loves trailers in the theater (although 15 minutes of them is too much), they tend to feel obtrusive on a DVD, especially if they launch the disc without allowing you to access the main menu. Ads for related video games or ancillary projects could be of interest, but does anyone ever click on tie-ins for things like fast food or car rental companies?

While the bonus-feature-viewer remains a niche market-dweller (some studies show that only about half home viewers watch even one), DVD extras have become an inherent part of the filmmaking process, with every step being documented for possible public consumption. And while quantity of bonus features can outweigh quality, when done right (see any movie in the gold-standard Criterion Collection), they’re the biggest argument for buying a DVD. And as movie downloading technology moves towards the mainstream, you can bet studios are going to do everything they can to get fans to plop down money to actually OWN a movie while they can... over and over and over.
_________________________________________________
ORIGINALLY POSTED in REWIND on MTV.COM, May 2007
Posted by Pops Gustav at 10:44 PM