.” Will the free-associating fast food icons be able to stretch their shtick into a full-length adventure or will AQTF be added to the list of cartoon movies (animated or translated to live action) that should’ve stayed on the small screen?

Certainly cartoon characters are no strangers to movies. Bugs Bunny,

It’s logical that the studio that invented the TV cartoon was the first to make the leap to features. In the 1960s, Hanna-Barbera produced two full-length animated musicals for the big screen. “Hey, There, It’s Yogi Bear

” satirized the spy genre, with Fred, the patriarch of the modern stone-age family recruited to take the place of an injured secret agent who looks exactly like him (did Chris Rock’s “Bad Company

” steal its plot from this film?). It wasn’t until 1990 when the next animated H-B feature, “Jetsons: the movie

,” starring Dave Thomas and Sally Kellerman as the Pottsylvanian spies from the classic Rocky and Bullwinkle cartoons

of the 1960s. But the film makes almost no attempt to ape the lightning-quick, razor sharp satire of the source material

, the actors don’t bother to imitate the spies’ iconic accents and “moose and squirrel” get mere lip service. Sadly, 2000’s “The Adventures of Rocky and Bullwinkle

,” despite much bigger names and budget, didn’t fare much better. The lead characters are rendered in CG, alongside Jason Alexander as Boris, Rene Russo as Natasha and, amazingly, Robert DeNiro as Fearless Leader. The movie’s self-referential plot is too convoluted to even get into, and while an earnest attempt was made to capture the rat-a-tat style of the cartoons, it just doesn’t work.

In fact, none of the cartoons produced by Jay Ward in the 1960s fared well in their live action adaptations. 1997’s “George of the Jungle

” (both starring Brendan Fraser) likewise failed to capture the manic energy of the originals. It’s simply a case of clashing esthetic requirements. The short animated segments

were perfect for the rapid-fire puns

and over-the-top characterizations. Turning the extremely exaggerated cartoons into real people in a 90-minute story was a bad idea from the get-go. 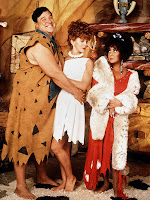 More traditional sit-com cartoons seem more suitable for a live translation, even if the results have been mixed. In 1994’s “The Flintstones

,” John Goodman and Rick Moranis easily fit into the pelts of Fred and Barney

, but Elizabeth Perkins is kind of wan as Wilma and Rosie O’Donnell is just grating as Betty. The story (in which Fred becomes the corporate patsy for an embezzlement scheme) is merely serviceable, and the forced pop music is obtrusive, but the art direction is impeccable. There are tons of nods to the cartoon and the mixture of Jim Henson puppets and CGI to create the prehistoric creatures works well. In fact, this may be the only film where the incidental background elements are what make the film worth seeing! However, the less said about the fully-recast 2000 prequel, “The Flintstones in Viva Rock Vegas 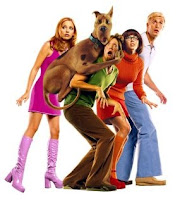 ” (which was based on a cartoon

that was based on a comic book

that was revamped to match the cartoon… got that?), another iconic H-B series came to life in 2000’s “Scooby Doo

.” Like “The Flintstones,” the movie is most notable for how carefully the look of the show

and characterizations were recreated. Matthew Lillard and Linda Cardellini are eerily perfect as Shaggy and Velma, while Sarah Michelle Gellar and Freddie Prinze Jr. merely walk through their parts as Fred and Daphne, appearing even less believable than the titular CGI Great Dane. The 2004 sequel, “Monsters Unleashed

” upped the ante by including numerous villains from the TV show including the fun-to-say Miner Forty-Niner.

Although at one point, live action was considered, MTV’s cartoon headbangers remained animated in 1996’s “Beavis and Butt-head Do America

” (taking work away from Keanu Reeves and Alex Winter). When B&B are mistaken for hitmen (hired to “do” the cheating wife of an arms dealer), they embark on a cross country trek that involves peyote cacti, Chelsea Clinton, the destruction of national landmarks and lots of cavity searches. The film was a huge hit, both commercially and critically, with even Siskel & Ebert giving the two brainless boobs two thumbs up. Huh-huh. I said “boobs.”

.” Matthew Broderick stars as the “Robocop

” for kiddies, a security guard who gets refitted with cybernetic, uh, gadgets and does battle with the evil Dr. Claw, played by Rupert Everett. The film ill-advisedly attempts to be logical and create a somewhat darker tone than the cartoon

, resulting in a movie that didn’t appeal to fans of the original or their parents.

But then, there are some concepts that just shouldn’t be translated to live action. Take “Thunderbirds

,” the classic British “Supermarionation” show of the 1960s. Using puppets and models, the story of the Tracy family and their International Rescue organization was popular enough to spawn two full-length features, “Thunderbirds are GO

” (1968). But when Hollywood went all Pinocchio on the Tracys and turned the puppets into flesh and blood actors in 2004’s “Thunderbirds

,” magic didn’t happen. Despite an attempt to modernize the story into a “Spy Kids” pastiche, the movie still felt too corny for the kids and not enough for old fans of the original series. 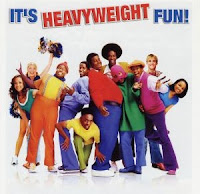 could always be relied on for some urban snaps, funky tunes and a dollop of moralizing on Saturday mornings. In the 2004 “Fat Albert

” movie, the kids literally leap out of the TV cartoon and into contemporary live action. Albert (Kenan Thompson), Mush Mouth, Dumb Donald and the rest look right, sound right, and even have some funny bits, but the movie is so sterile and safe and sanctimonious (not to mention shameless in its repeated plugs for DVDs of the original cartoon) that you kinda wish the kids would’ve popped into the middle of a real gang fight (the movie even contains a slight dig at hip hop, no doubt at the insistence of its cranky creator, Cosby).

Of course, numerous chunks of more recent cable kid-fodder have spawned movie features, all designed more for the home video market than the multiplex. But undoubtedly, kids screamed until their parents took them to see “Duck Tales: Treasure of the Lost Lamp 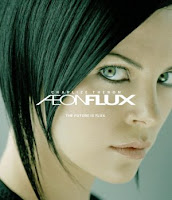 (which originally aired as part of MTV’s Liquid Television

series in the early ‘90s) was more about style than substance, with little (sometimes no) dialogue, a lack of continuity between episodes and an emphasis on cool imagery. But mainstream movies are obsessed with exposition, and so the live 2005 “Aeon Flux

” movie tried to fill in all the holes. Of course, few fans approved. In the title role, Charlize Theron is chunky compared to the Egon Schiele-inspired cartoon, but she’s actually not bad, especially given the convoluted assassination / coup plot she has to leap through. 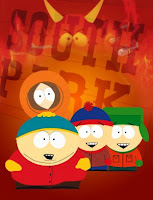 ” freed Trey Parker and Matt Stone from the constraints of network TV, fulfilling the promise of their hilariously obscene 1995 “Spirit of Christmas” short that launched the series. The movie is a blistering critique of censorship, containing more profanity than a Scorsese film and some truly catchy musical numbers that put all that saccharine Disney piffle to shame. Sadly, as with most great satire, the people who needed to see it the most didn’t even give it a chance (including Saddam Hussein).

and Mighty Mouse are all on the way as well. Not to mention “Transformers

,” but that falls into an entirely different category: syngergistic toy/cartoon hybrids that became movies (which we’ll tackle when that movie hits, “Masters of the Universe